During 2011, many things began to appear on the banking scene that were of note:  Google Wallet, Banksimple, Movenbank, Bitcoin and more; but the key themes seemed to focus upon mobile as a platform combined with Personal Financial Management (PFM), and these themes will continue through 2012. 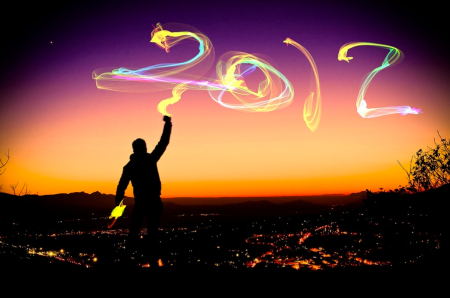 Mobile as a platform

Mobile financial services matured nicely in 2011, with everything from Africa through to America being turned upside down by changes to banking through mobile.

This is a revolution in banking and in life, as almost every person on the planet now has access to wireless infrastructures via mobile devices, and is the reason why banks will continue to focus upon these areas during 2012 as this market is not yet mature.

Deloitte America surveyed senior executives from a wide range of companies with close ties to mobile payments in late 2011, and found that there’s still a lot of dialogue around the business models to be used in this area.

Similarly, PayPal commissioned research from Forrester in late 2011 that predicts the UK market for mobile payments will grow 42% per annum  to be worth £2.5 billion by 2016.  They commissioned this research as over one million PayPal UK customers have sent a payment on their mobile devices by 2011, with most customers making an average of five mobile transactions a month.

Meanwhile, to illustrate how immature this marketplace still is today, the European Financial Management & Marketing Association (EFMA) published a report in August 2011, after surveying 150 European banks with McKinsey on mobile banking.  Their findings are that banks believe mobile will fundamentally change retail banking within five years, and yet the majority have under ten employees working on mobile and have yet to make any change in their operations to exploit this capability.

Therefore, mobile will continue to be a big focus through 2012.

Similarly PFM has been a hot topic of dialogue through 2011 and this will also continue in 2012 as banks implement PFM capabilities.

PFM is a functionally rich set of financial tools that help consumers – and businesses for that matter – aggregate their financial transactions services across multiple providers into an advisory engine that can help them get better returns from their money.

PFM will link with other users like you and show you how to improve your financial returns based upon what people like you do; PFM might link to your mobile and social networks, allowing you to do a lot more intelligent financial structuring and operation; PFM can alert you to budgetary and balance issues, payments and billing notices, and interest saving or gaining opportunities.

In fact, dependent upon which PFM provider you go with, PFM can pretty much do anything with your banking service you want … and the PFM providers are all popping up to show different capabilities in what is an increasingly crowded space.

In other words, all of these PFM systems are slightly different with some easier to use than others, some more functionally rich than others, and some clearly in the lead over others.

And with Mint leading the way over the last few years as a PFM provider of choice through third party services, all banks are rolling out some form of PFM over the next few years to be competitive.

In particular, Iceland is leading the way.

We usually only ever hear of Iceland’s woes and troubles but, after the crisis hit, the banks retrenched, refreshed and relaunched as new banks.

In particular, the new bank Íslandsbanki has been leading the way to show themselves to be at the very forefront of all technological developments in Europe and the rollout of PFM as a platform is a key for the Icelandic banks.

This is because it provides excellent user engagement as these metrics from the bank demonstrate.  After 18 months of PFM usage amongst Íslandsbanki’s customer base:

And their customers love it:

There’s many other stats but the most telling comment is when the bank says that PFM is now replacing their online bank.

In other words, PFM is their online bank.

Nevertheless and regardless of the above, 2012 will see people talking less about Mobile and PFM and talking more about Connectivity and SFM, or Social Financial Management.

Connectivity is the realisation that it’s not mobile we should be focused upon, but the chip in the mobile that enables it to connect to the network.  That chip is going to be in so many other devices in five years, that the consumer’s mobile wallet will no longer be relevant.  What will be relevant is how the chip connects to other chips to transact.

We can see this already today as all banks focused on mobile, then mobile apps and now tablet PCs, which are just PCs with a SIM card in flat form.

This is why it is important to think of connectivity rather than mobile, as the consumer’s chip may be in their mobile telephone or tablet PC, but may just as easily be in their wristwatch, earring or clothing.  The consumer will choose how they wear their chip. It might even be embedded in a tooth.

The chip may enable telephone calls and communications, access to wireless electronic services and more, but will also be a fundamental transactor of commerce.

It will transact with chips in merchant stores; chips through QR and NFC; chips in walls, pavements and doors; chips in cars, caravans and casinos; chips in anything and everything in fact.

And with everything as a connected transaction engine, banks will be looking to leverage wireless connectivity at the where the customers is, rather than thinking about mobile as a channel or device.

This leads to the second fundamental around SFM.

PFM is already out-of-date.  PFM talks about personal, as though it’s private, and yet everything has shifted to social, as in sharing.

Sharing financial information is not what consumers want, but they do want banks to be part of their lives rather than the bane of their lives.

What this really means is that banks must proactively leverage far more about their customer’s data to intimately understand their lifestyle preferences and shopping habits to become more relevant.

It means taking the tsunami of data from social, commercial, governmental and global sources – these days referred to as Big Data –and mining it deeply to gain Big Ideas about customer needs, and then proactively reaching out to the customer to gain Big Relationships.

Examples are already out there, such as Google Wallet that demonstrates coupon offers and spending integrated with payments and transactions in a contextual form.

What this is demonstrates is that Google is moving onwards towards analysing all of the data from the digital footprints of each individual to provide relevant offers at their point of living:

And the point-of-life – not the meaning of life – is the point of where I’m living at that moment in time and being relevant to that point.

That’s what SFM will be about, and that’s what banks will be focused upon in the next wave of change.

In conclusion, the big themes of retail banking in 2012 will continue to be around mobile and PFM but will broaden into banks considering the wider implications of connectivity and social networks.

This article was written by Chris Skinner. He is best known as an independent commentator on the financial markets through his blog the Finanser (www.thefinanser.com). 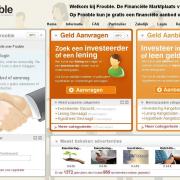 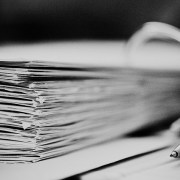 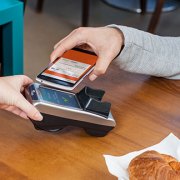 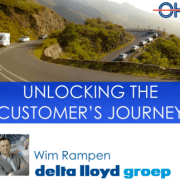